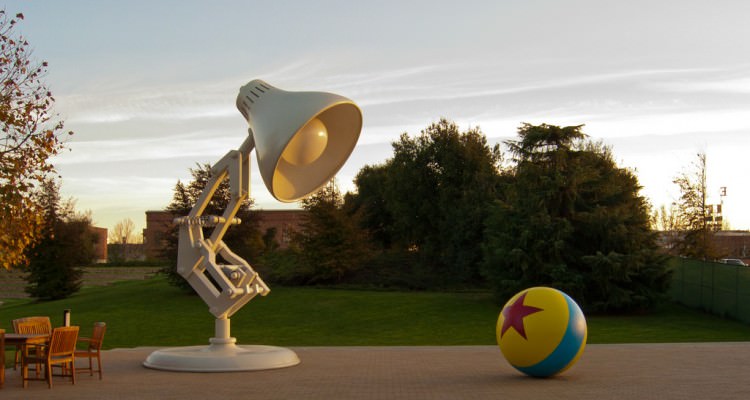 He was just a small desk lamp in the 1986 animated short film, “Luxo, Jr.” But in real life the lamp towers in three-dimensional glory, guarding the entrance to the Steve Jobs Building at Pixar Animation Studios. The ball is there too, but everyone knows it was Luxo, Jr. who was the real star of the show. Oh, and Steve too.